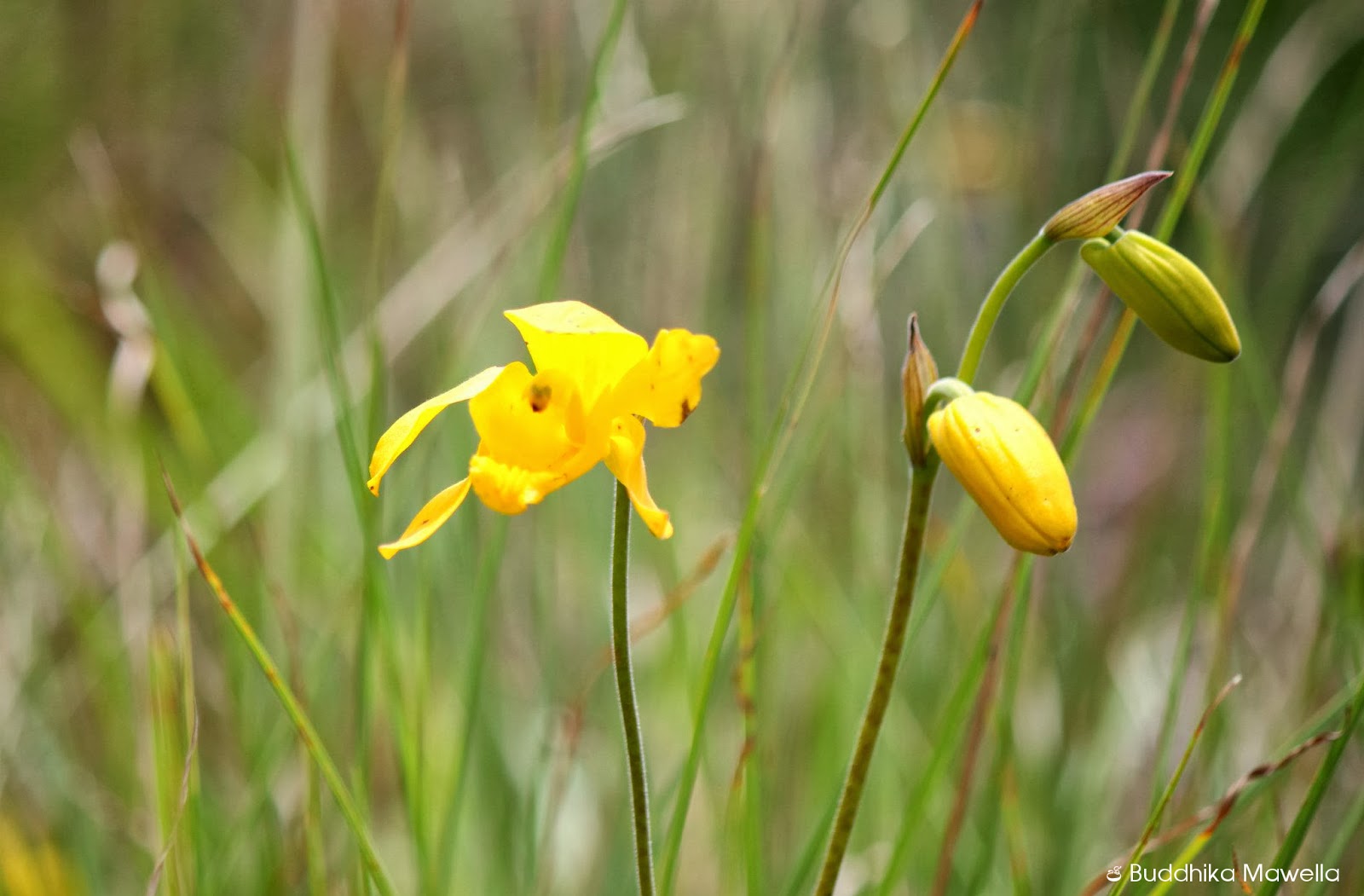 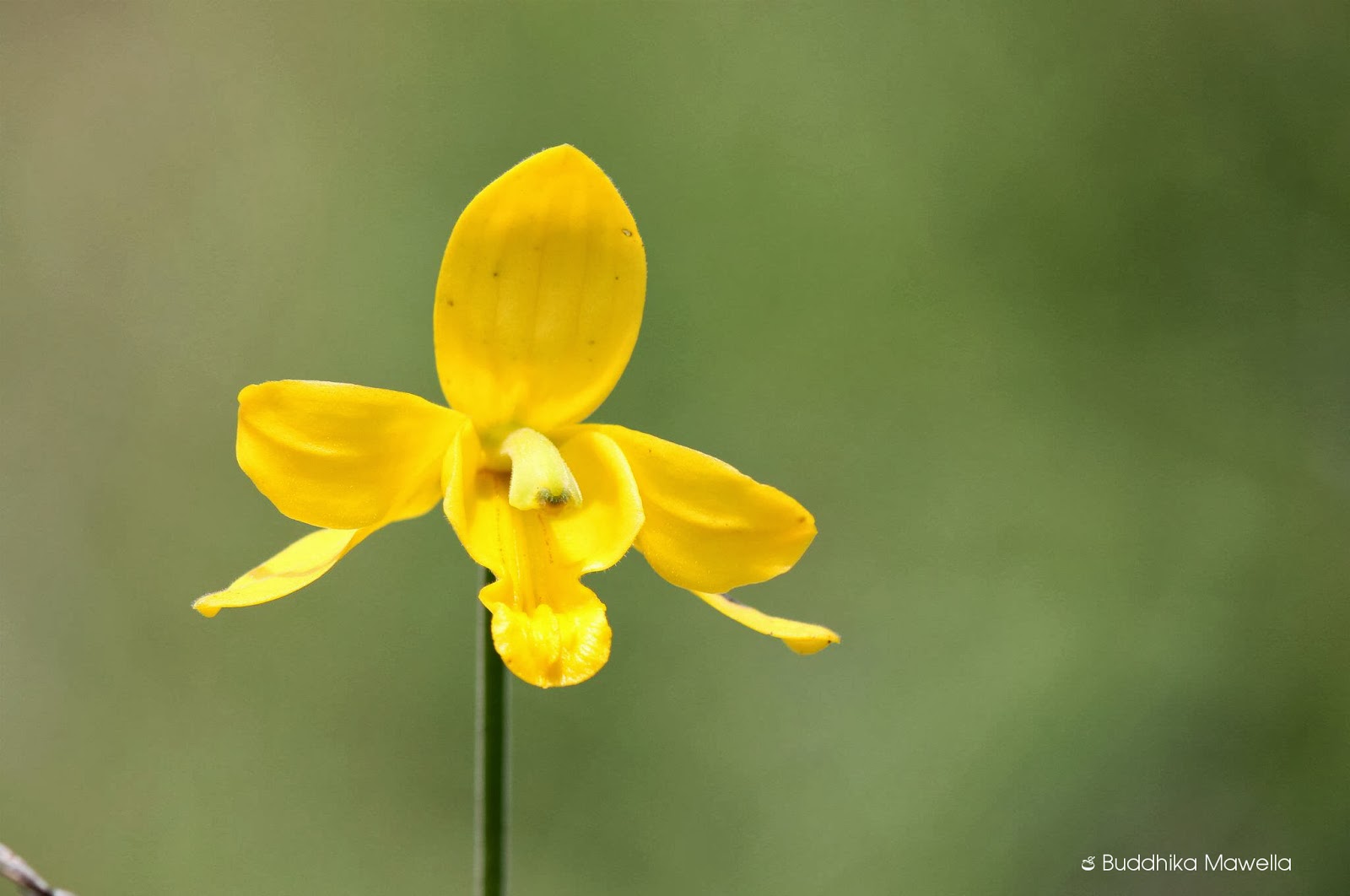 
I.speciosa is a rare and endemic species of orchid found in Pathana grasslands of Sri Lanka. This has been reported mainly from the mid hills of the country. Most of the time existence of the orchid can be identified only during the flowering season which falls on April – May.  Flowers are bright yellow in color.

Sinhala name of this orchid (Naga Maru Ala) is translated to English as “Yam which killed the younger sister”.
Posted by Buddhika Mawella at 2:43 AM