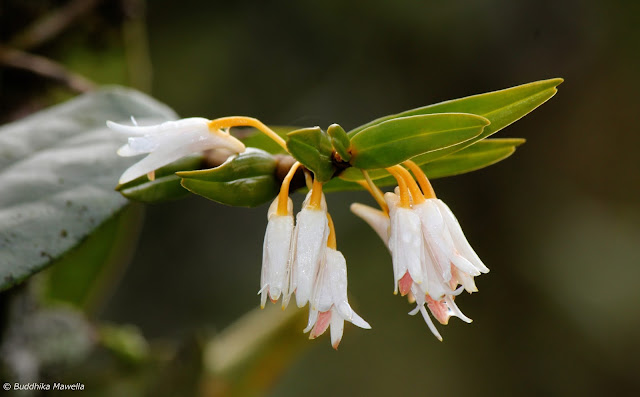 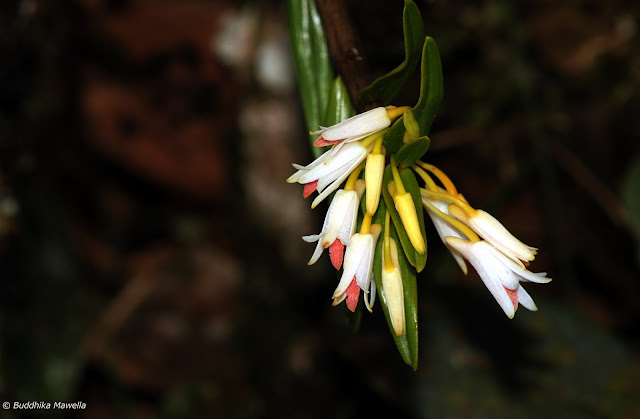 Dendrobium nutantiflorum is a wild orchid found in montane and submontane zone forests of Sri Lanka. Above photographs were taken in April (2015) that might be the flowering season of the plant.

Reference: An Annotated Checklist of the Orchids of Sri Lanka, Samantha Suranjan Fernando and Paul Ormerod
Posted by Buddhika Mawella at 12:25 AM No comments: 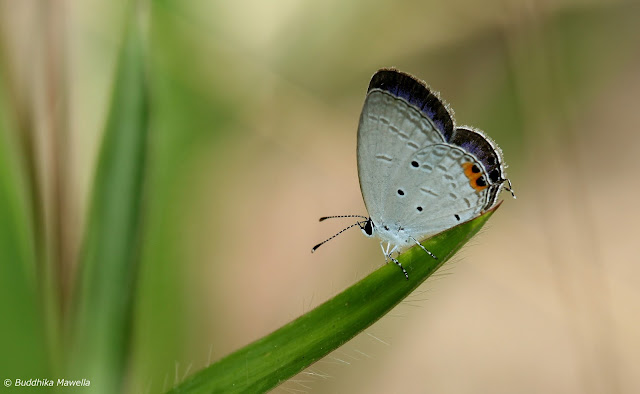 
It is a widely distributed butterfly found in Sri Lanka and some other Asian countries. Colour pattern of the wings are similar to Chilades pandava. Host plants belong to fabaceae family. Above was photographed at Makandawa rain forest, Kithulgala.
Posted by Buddhika Mawella at 10:39 PM No comments: 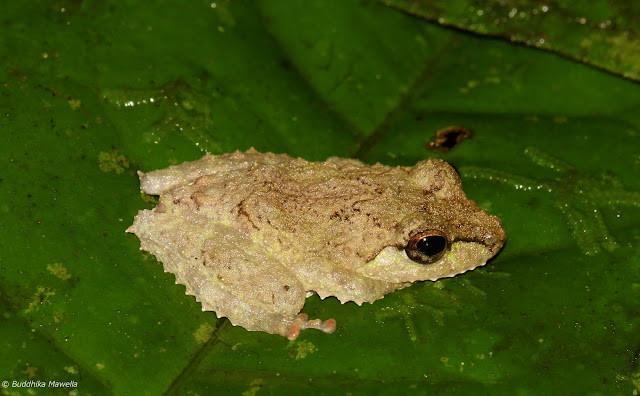 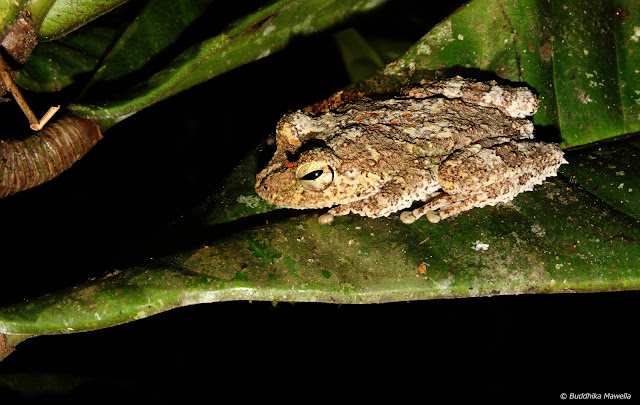 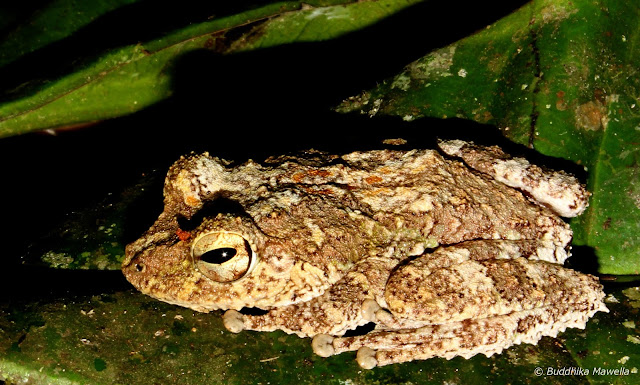 
Pseudophilautus cavirostris is an endemic species of shrub frog restricted to the wet zone rain forests where there is a good canopy cover. Mostly lives on mossy leaves of trees, stems and wet rock surfaces. Well camouflaged body makes it difficult to identify at once for their predators. physique is similar to Pseudophilautus schmarda and to Pseudophilautus decoris who's distribution is restricted to the central highlands and to the Rakwana highlands respectively. But the population of p.cavirostris has been extended to lowland rain forests also. IUCN Red List status of this frog is 'Endangered'. Habitat loss and agro-chemicals are considered to be the main threats for the existence of this frog.


Pethiyagoda’s Crestless Lizard is an endemic species of lizards found in Sri Lankan highlands. Population of this newly described species(2014) has been restricted to the higher elevations of Knuckles mountain range(>900 meters). Species name pethiyagodai was given for this lizard to honor Mr. Rohan Pethiyagoda for his contribution for the conservation of biodiversity of the country. Above photographs were taken at Knuckles mountain range in November, 2015.