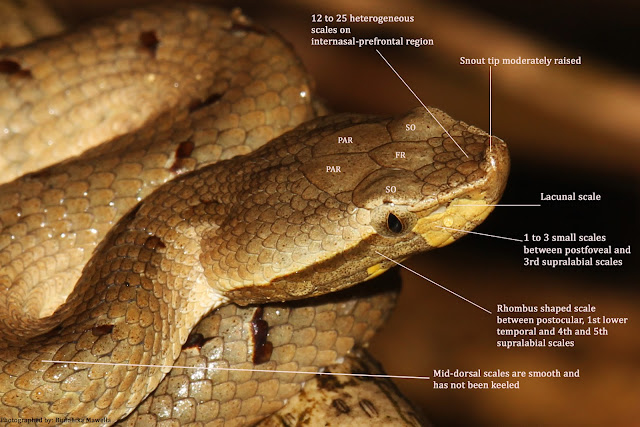 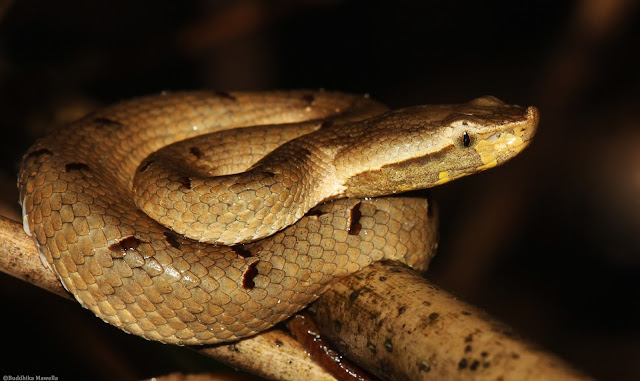 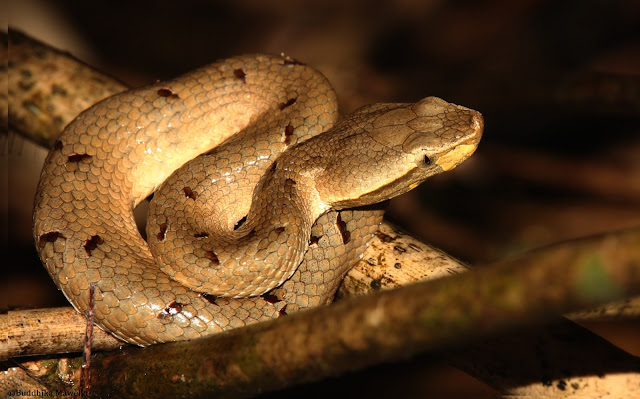 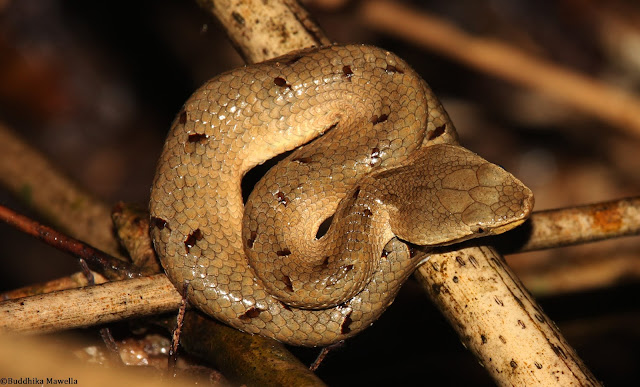 
Hypnale nepa is a venomous pitviper species endemic to Sri Lanka. Based on the taxonomic revisions done so far, have stated that there are four species that belong to the genus Hypnale which live in Sri Lanka (Including possibly new species Hypnale sp. ‘amal’). Among them, population of H. nepa has been restricted to the highlands. At a glance, morphologically all these four species look similar. But with a closer look, H. nepa can be easily distinguished from its congeners using attributes like mentioned in the above named photograph.

This species is more active at night and they mostly live under the logs, rocks and in the leaf litter. Also they have been observed both in disturbed and undisturbed forests. It has been found that this species feeds on other snakes(Aspidura sp.), skinks, soft-shelled eggs and frogs (Maduwage et al. 2009).
Venom of this genus mainly causes local envenoming, coagulopathy and acute renal failure. H. nepa has the least toxicity among the studied three species of Hypnale with the LD50 value of 9.5 μg protein/g. Currently it is in the category of ‘Mildly venomous’ and so far no deaths have been reported due to envenomation (Silva et al. 2012).
Above photographed specimen was found at Dothalugala area in the Knuckles region. Observed place was an undisturbed montane forest. Elevation above the sea level of that location was about 1282m and that falls in the same elevation range (1250-1850m) of H. nepa’ s distribution mentioned in the research paper published by Dr. Kalana Maduwage and others (Maduwage et al. 2009). In the IUCN Red List it is in the category of ‘Least concern’. But necessary actions have to taken to make sure the future existence of the species. 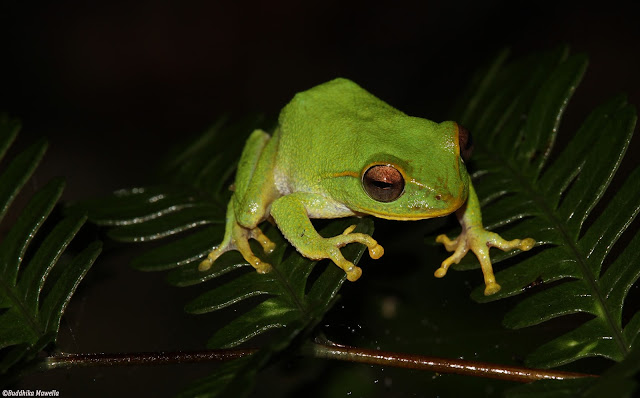 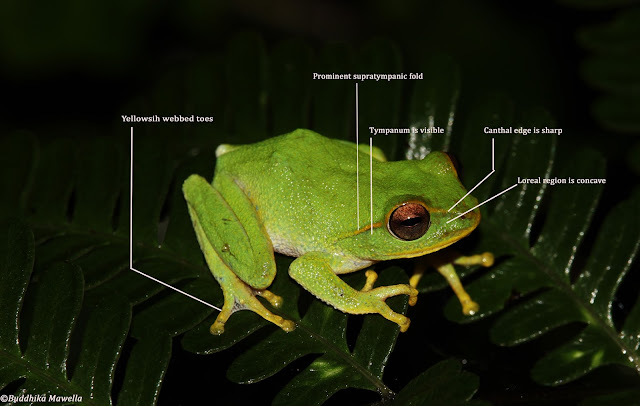 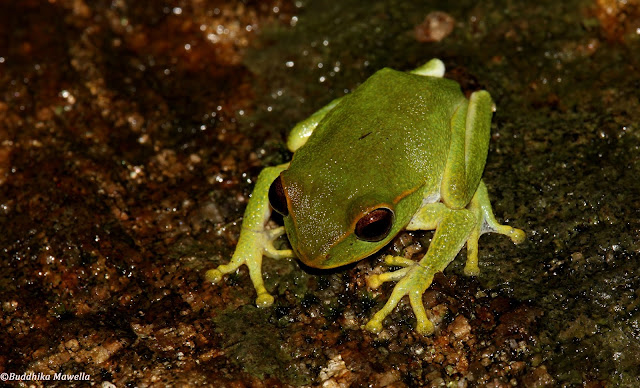 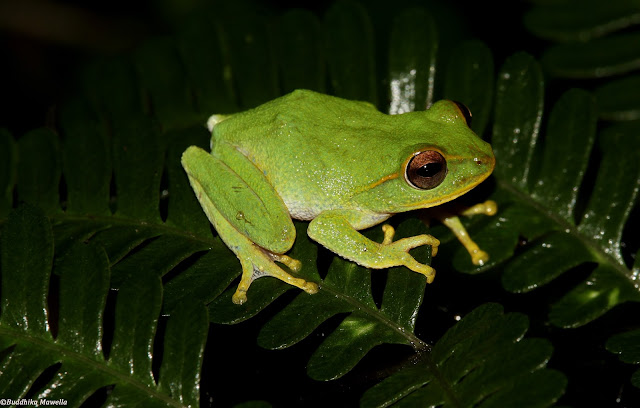 This species occurs in cloud forests with a good canopy cover. There is a similar species of amphibian which lives in the same knuckles region, namely Pseudophilautus mooreorum with the same body color. But P. stuarti can be easily distinguished from P. mooreorum by the prominent supratympanic fold and sharp cathal edge.
In addition to that, a population of shrub frogs named Pseudophilautus viridis which is morphologically more similar to P. stuarti occurs in the central highlands of Sri Lanka. Phylogenetic analyses have revealed that these both species are genetically more related to each other. These two populations have been geographically separated by Mahaweli River valley that separates central hills from the knuckles mountain region(Meegaskumbura and Manamendra-Arachchi 2005). It is believed that this long term geographical separation has led to common ancestor species of frogs to divide into two geographical groups and then to evolve them as two new separate species namely P. viridis and P. stuarti.

Above photographed ones were also observed in the adjoining forest of Deanston Conservation Center in the knuckles region which is about 4 km away from the Coberts Gap. Observed location was at a height of about 1320m above the sea level. We can believe that the reminding conserved forest segments of knuckles region provides some protection for the species. But due to the limited distribution, it falls in to the category of ‘Endangered’ in the IUCN Red List.