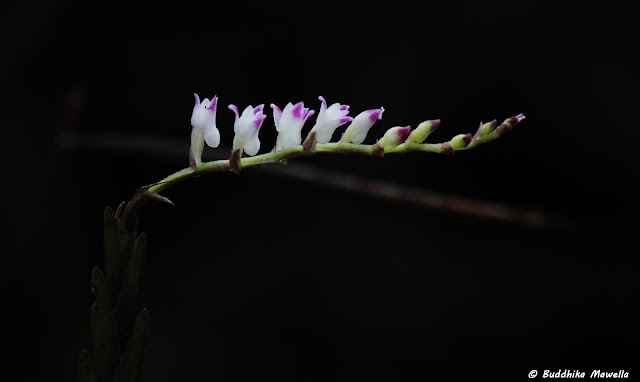 
Podochilus malabaricum is a wild orchid found in lowland wet and submontane zone. It is one of the four species of orchids found in Sri Lanka which belong to the genus Podochilus. It is morphologically more similar to the recently described species Podochilus warnagalensis (Wijewardana et al. 2016). The color of the flower is a mixture of white and pink and the plant has partially opened flowers even when fully bloomed. Above photographed one was found in "Sri Pada” Peak Wilderness sanctuary in April, 2015 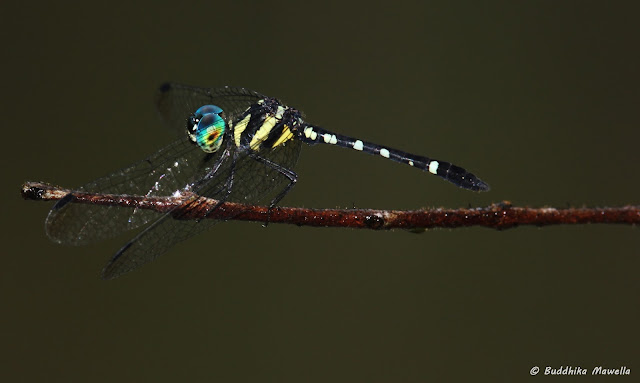 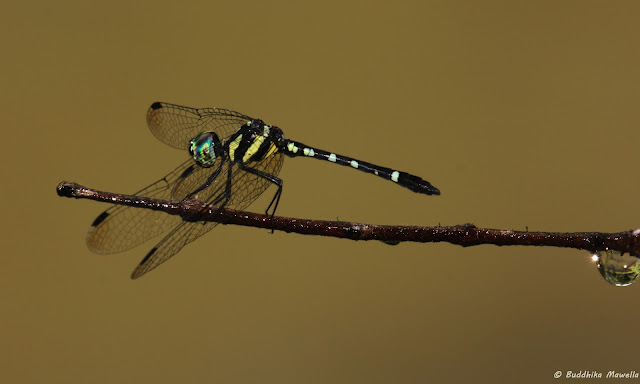 
Yebury's Elf is an endemic species of dragonflies found in Sri Lanka. Population of this dragonfly has been spread in the southwestern and eastern parts of the island (Sumanapala, Podduwage, and Dayananda 2016). Distinct metallic blue-green eyes are the easiest method of identifying it. Above photographed one was found while perched on a bush close to a pond in Sinharaja forest reserve in June, 2015. It is in the category of 'Endangered' in the IUCN Red List. Destruction of primary and secondary forests can be the major threats for the species. 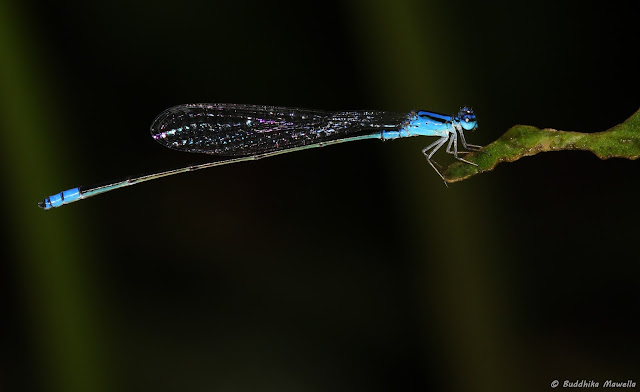 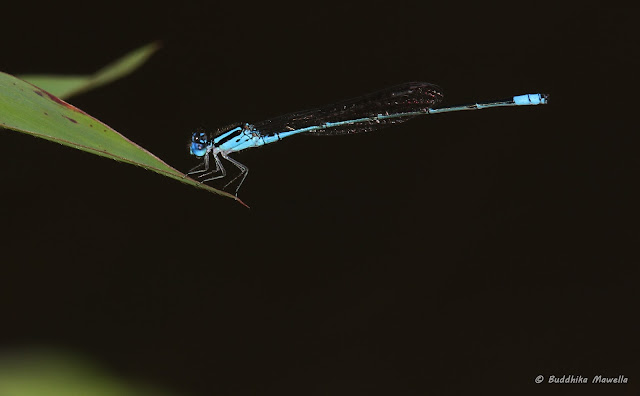 Archibasis lieftincki is an endemic species of damselflies found in Sri Lanka. It is a recently described (Conniff & Bedjanič, 2013) species restricted to the wet zone forests. They can be seen perching on the vegetation in the margins of rivlets of the forest. In a research done by Amila Sumanapala and others (Sumanapala, Podduwage, and Dayananda 2016) they have mentioned Pahiyangala, Indikada Mukalana,Thotaha and Walallawita for observed locations for the species. Above photographed ones were found in a rivlet at Gilimale forest reserve and in a margin of a pond at the Sinharaja forest reserve in June. IUCN Red List status of this damselfly has not been evaluated yet. But any activity that changes the environmental conditions of law land forest ecosystems might be a threat for the species. 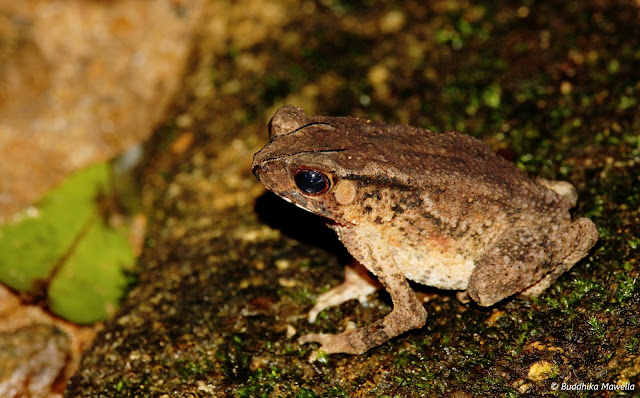 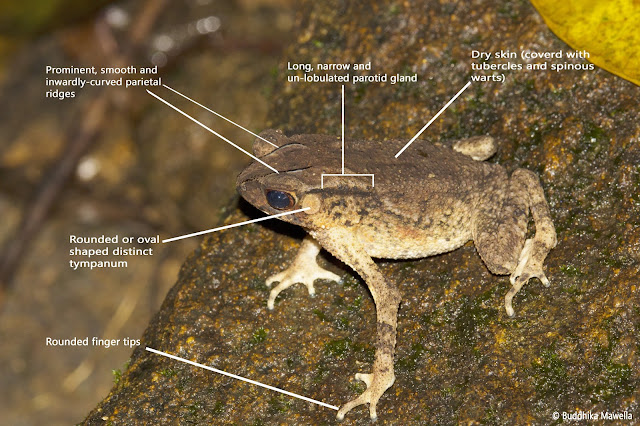 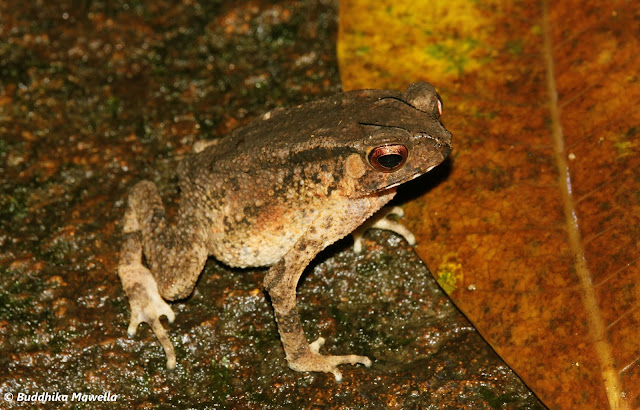 
Kotagama's toad is an endemic species of frogs found in Sri Lanka. It is nocturnal and lives in covered forests where there is a good canopy layer. Species name of the frog, ‘Kotagamai’ is a patronym honouring Prof. Sarath Kotagama.
Adults of this species can be easily distinguished from other members of Bufonidae family found in Sri Lanka by the prominent inwardly-curved parietal ridges of the head. In a research done by Dr. Prithiviraj Fernando and others (Fernando & Dayawansa, 1994) it is mentioned that the species can be observed on rocky margins of streams, sand banks, vicinity of streams and in the leaf litter of the forest. In the research paper they have mentioned that Sinharaja, Kithulgala and Massana rain forest for distributed locations.


Above photographed ones were also observed in the leaf litter at the Makandawa rain forest, Kithulgala in March and December of 2015. We did not observe any streams very close to the observed location and believed that they have moved to that location from a nearby stream after the metamorphosis. In the IUCN Red List it is in the category of ‘Endangerd’. Habitat loss and human disturbances are said to be the major threat for the existence of this species.