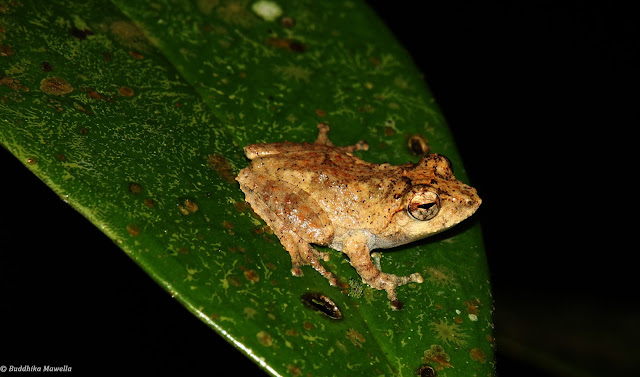 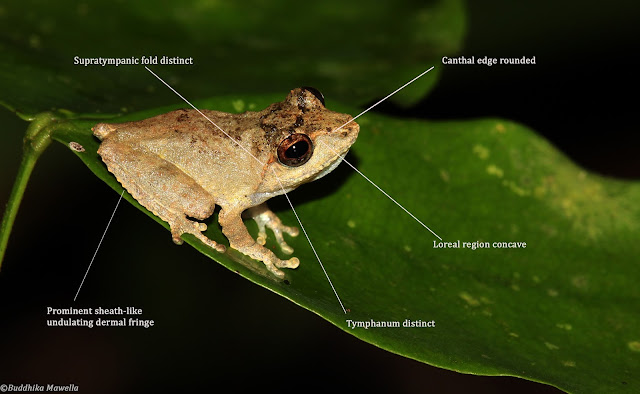 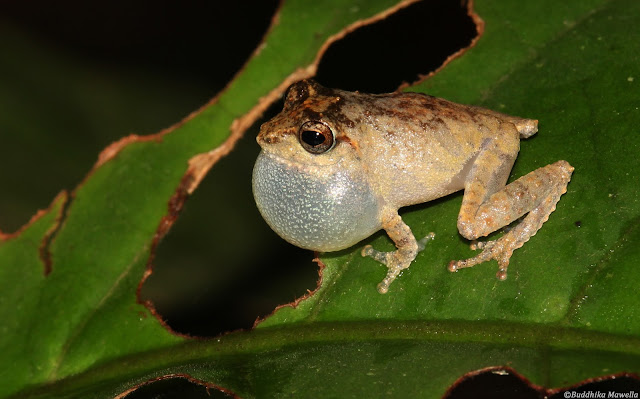 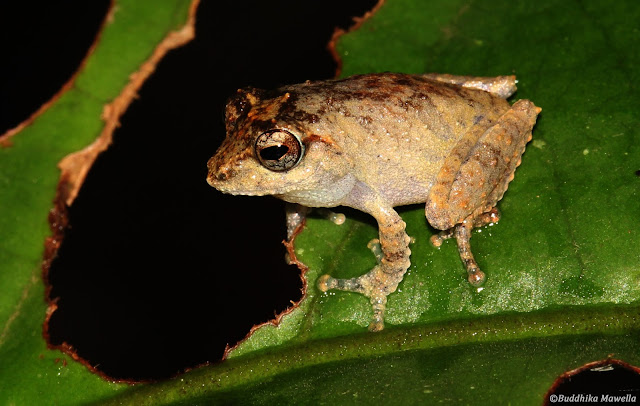 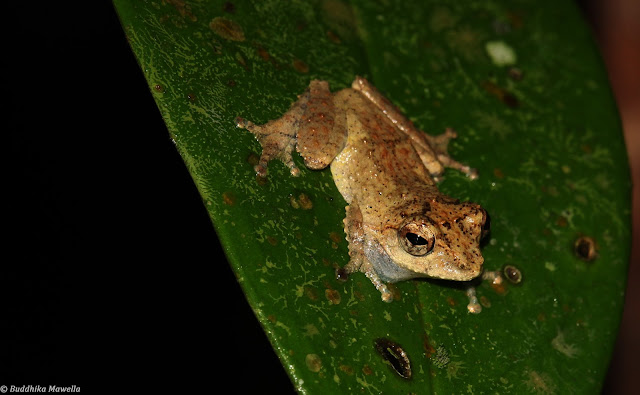 
Mittermeier's shrub frog is an endemic species of shrub frogs restricted to the lowland wet zone of Sri Lanka. According to the original description, they have been observed in Kottawa and Beraliya Forest, in Elpitiya at the elevation levels of 60m and 150m. This species is morphologically more similar to Pseudophilautus decoris and phylogenetic analysis also shows that they are more related. But the population of P. decoris has been restricted to the Rakwana mountains with a higher elevation level compared to the habitat of Pseudophilautus mittermeieri(Meegaskumbura and Manamendra-Arachchi 2005).
Above photographed ones were observed in Gilimale and Makandawa (Kithulgala) wet zone rain forests that fall in to the same elevation range(60m-150m). They were observed on shrubs of the closed forest. IUCN red list status of the species is endangered (EN). Angraecum zeylanicum is a wild orchid found on tree trunks of lowland wet zone of Sri Lanka.
Posted by Buddhika Mawella at 4:33 PM No comments: