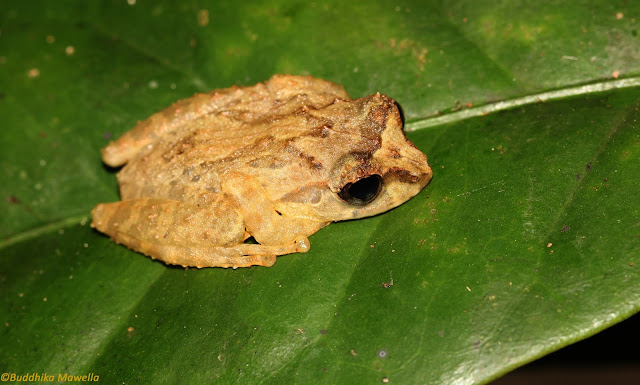 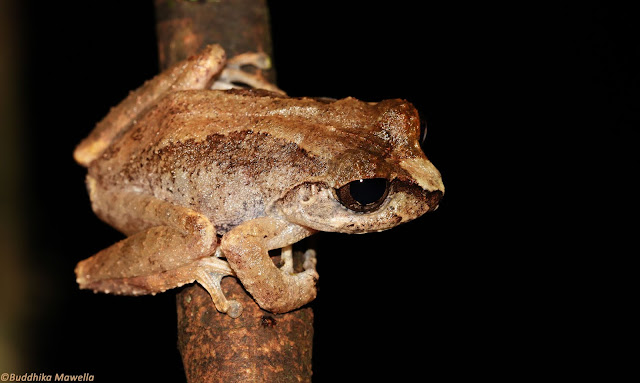 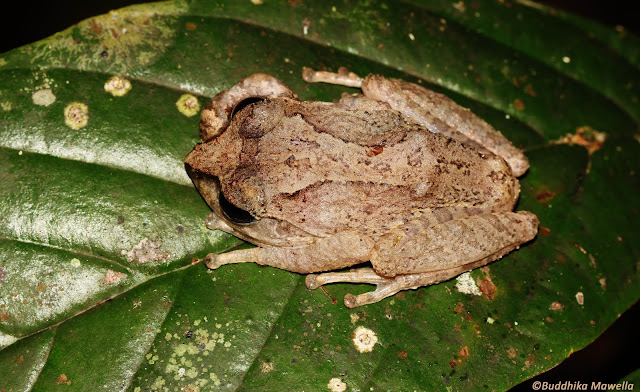 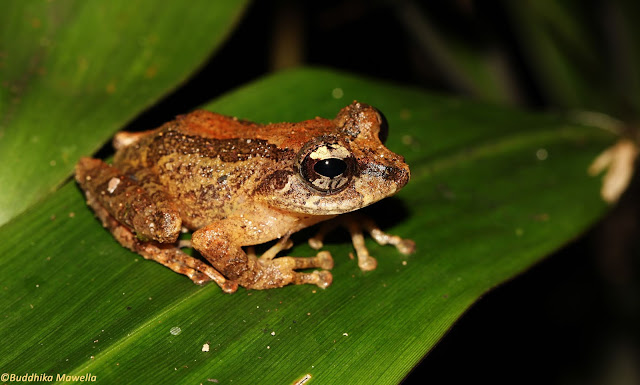 
Pseudophilautus lunatus was first described in 2005 using a specimen found in Hadapan Ella near Suriyakanda in the Eastern Sinharaja area. Species name ‘Lunatus’ has the meaning of ‘Moon’. The species-epithet lunatus derives from Lunar which is a Latin word for moon. That word alludes to the type locality (‘Handapan Ella’ = moonlit waterfall). In their research paper, the first two observers, Kelum Manamendra Arachchi and Rohan Pethiyagoda, have mentioned that the endemic P. lunatus specimen was first observed in a cloud forest at an elevation of 1270 m above the sea level. So this amphibian which is geographically confined to a very small area, can be considered as a species with a higher possibility of extinction.
Posted by Buddhika Mawella at 10:27 AM