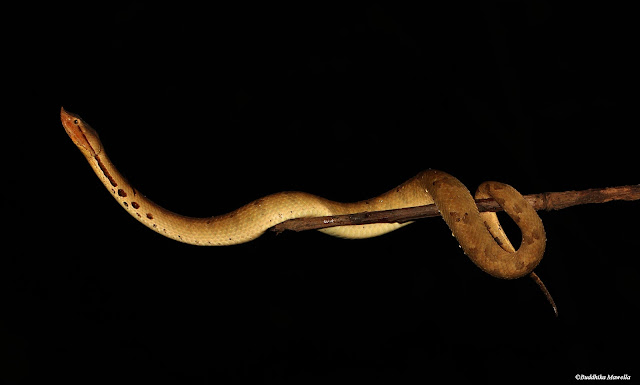 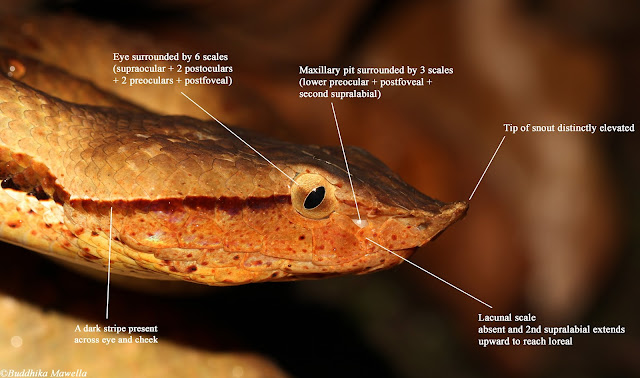 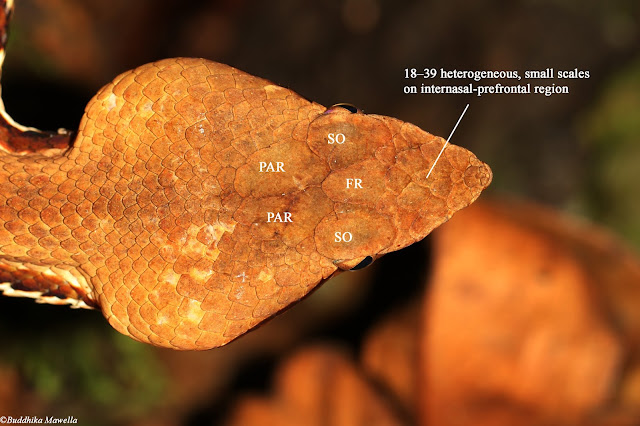 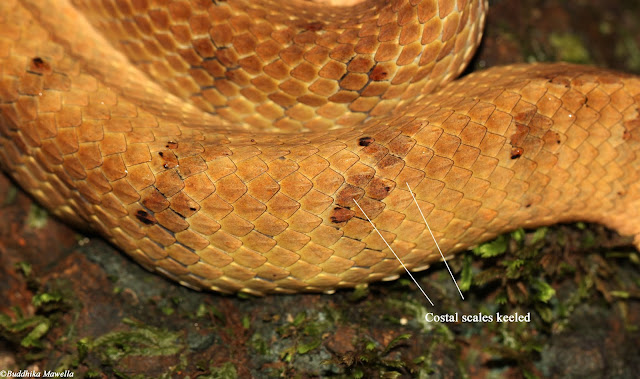 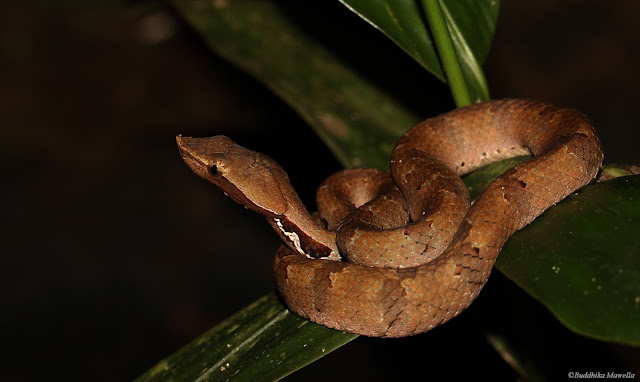 
Hypnale zara is a venomous pitviper species endemic to Sri Lanka. Based on the taxonomic revisions done so far, have stated that there are four species that belong to the genus Hypnale which live in Sri Lanka (Including possibly new species Hypnale sp. ‘amal’). Among them, population of H. zara has been restricted to the forests of lowlands and the foothills of the central highlands and no observations have been recorded in anthropogenic habitats (Maduwage et al. 2009). At a glance, morphologically all these four species look similar. But with a closer look, H. zara can be easily distinguished from its congeners using attributes like mentioned in the above named photographs. This species is more active at night and in the day time they live under the logs, rocks and in the leaf litter.
Venom of this genus mainly causes local envenoming, coagulopathy, acute renal failure and death. A research done by Dr. Anjana Silva and others (Silva et al. 2012) to compare the in-vivo toxicity of venoms of this genus reveals that the venom of H. zara is less toxic compared to the venom of H. hypnale and has a higher LD50 value compared to H. nepa with the LD50 value of 6 μg protein/g. A report authored by Dr. Kalana Maduwage(Maduwage et al. 2011) describes a fatal case of a 47 years old male due to coagulopthy and acute kidney failure followed by envenoming of H. zara.
Even it is common to seen in lowland forests, deforestations might be the main threat for the species and protecting the remaining fragments of lowland forests will guarantee the future existence of the species.