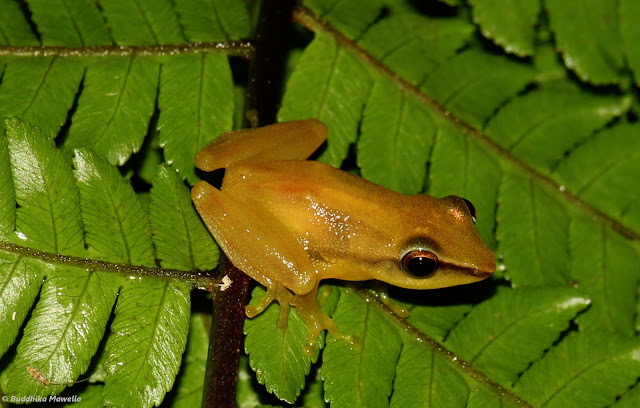 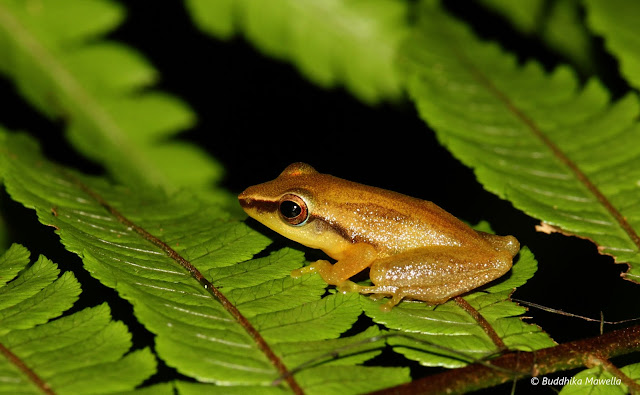 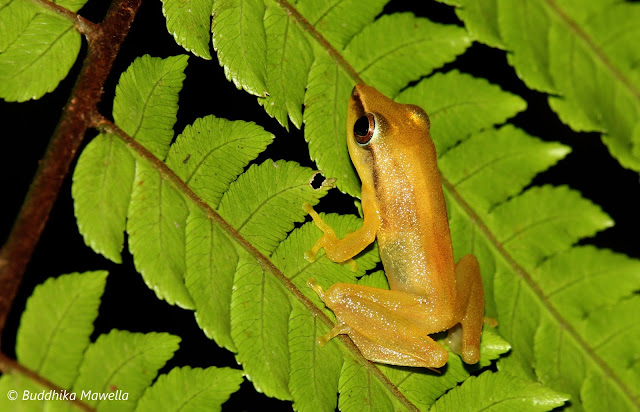 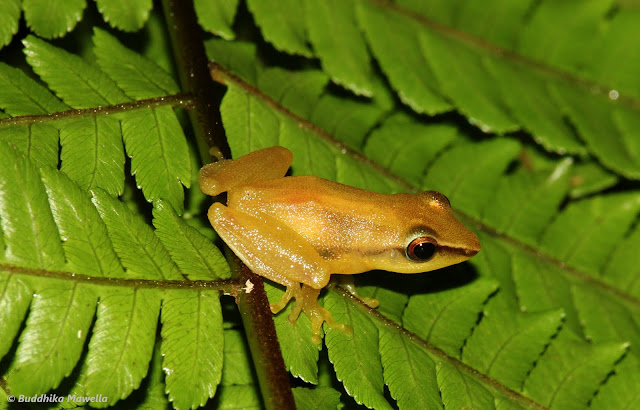 
Sri Lanka Petite Shrub-frog is an endemic species of amphibians found in the law-land wet zone forests of Sri Lanka. It can be observed in open areas of canopy covered forest margins. In the research paper (PETHIYAGODA 2009) they have mentioned that this species was observed in Kanneliya and Pituwela rain forests. In addition to that it has been mentioned that the species might occur in other lowland wet zone forests of the island. It is believed that this species also lay eggs in the soil, which is the common egg laying behavior of the genus Pseudophilautus.
Above photographs were taken at Gilimale rain forest, Rathnapura. Photographed location was a forest margin and there were small water streams closed to the fern trees which we found above specimen. Any human activity that change the environmental consistency of forest margins such as adding garbage and agricultural activities can be considered as the main threats for the species. IUCN Red list status of this frog is 'Endangered'.